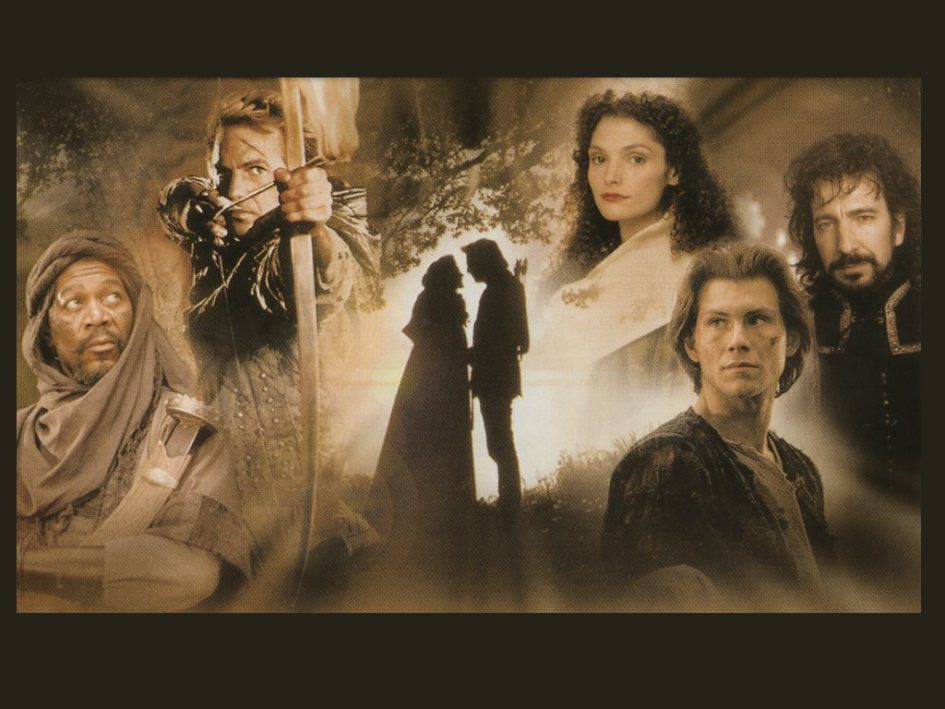 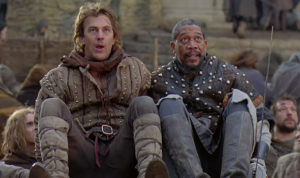 Kevin Costner is Robin Hood in this updated version of a historical love story and battle for freedom and rites.  Morgan Freeman completes this duo and they team together in becoming thieves before heroes while learning lessons of life and love.  The Sheriff is played by the l

ho raised him from a child.  Maid Marion, played by Mary Elizabeth Mastrantonio, is a strong, smart women of the times and seems to protect herself very well from beggars, thieves and the Sheriff of Nottingham.  Of coarse she becomes the love interest of both male characters but it is Morgan Freeman’s character that shows the true way to love, honor and protect a woman of the heart and his fellow man.

All other characters that make up this long ago story are all there, Little John, the Fryer Tuck, Will Scarlett :).  I grew up with this story of Robin Hood from cartoons to school plays, from theater to film and all the different takes of this love story that has been retold
for many years.  This movie is my favorite version.  However this film does stay true to the love story intended and the hero conquering the sheriff bringing justice to the people, whom are the tax payers, and a happy ending for all 🙂 The action gives somewhat a realistic glance at what is was like to live in that day and age, it was a gruesome time.

The Theme song for this movie by Bryan Adams hit the top charts and the movie for the best couple, romance film for the 90’s. I remember when this movie hit the theaters, omg, every couple in love went to see

this film, those who were getting married chose the song for their weddings. The action and comedic scenes kept the interest of all.  I myself love the way this story is written and performed. The women are strong character written along with the men and children roles.  It is a busy movie with action, drama, hate and love, funny and playful all in one story. I take a little inspiration from Maid Marion in this film, there is a quote about love that stays with me to this day, because it is so true!

The soundtrack is wonderful, the actors are memorizing and with the combined talents of the Director, Camera Director, costumes and sets this film is the definition of a real movie in my books.  I watch it every year and marathon it with other great dramatic films. Alan Rickman, who

was just fantastic at being bad, was nominated for best supporting role, Bryan Adams for the song and many more Awards.  Morgan Freeman is truly wonderful, and funny.  Christian Slater plays Will Scarlett along with many other great talents that keeps this fil

m revolving as a complete story. 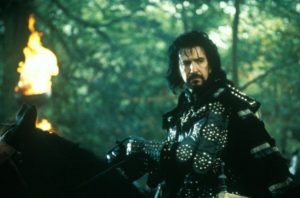