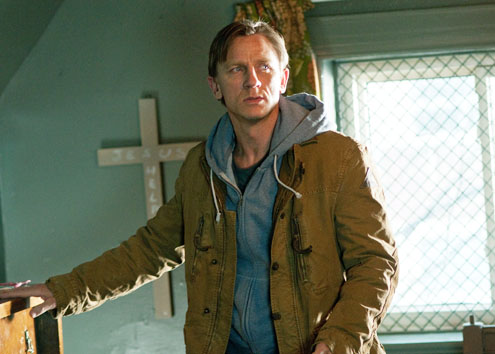 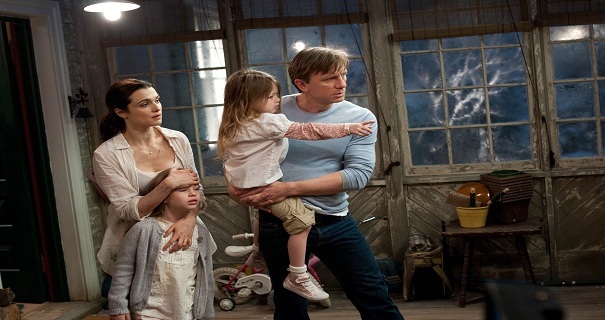 Daniel Craig is quite charismatic in this movie as it is more of a love story than a haunting ghost story. The Director Jim Sheridan

has created a wonderful movie,  with all the elements of great story telling, and the best – it is a ghost story too – a mystery along with a touch of reality as sometimes you see

how going inside yourself and forcing you to face a tragedy may be the only way to ensure sanity.  A film of talents with the director, actors, writers and camera that makes this film worth watching.

A loving father changes his career to work at home devoting his time to his family while writing a novel. His dream of spending his time with his loved ones begins as a 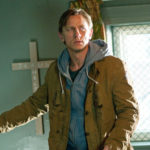 once upon a time….. but turns towards a mysterious question of what happened in his house prior to their arrival.  He and his wife Rachel Weisz learn their house has a history of a murder, tagging their home as a “death house”.  Within findings of news articles he approaches the Police for more information and they become distant, vaguely answering his questions.

As the movie unfolds it becomes a love story of a man protecting his family.  The pain of a man who has been thru the tragedy of losing his family and the one being accused of killing them. He is met with answers from people who do not seem to care about the murders.  As he continues on his quest finding

answers that would force him to look into his own past for the truth taking him towards a mystery that his wife and children are the only ones that can help him solve a murder that he seems to be involved in while his nightmare becomes reality of killer that is still on the loose.

Personally this is the kind of film I truly enjoy watching.  It involves the mind and keeps an interest thru out the whole movie.

There are more dramatic scenes then “thriller” scenes but that does not matter because I was taken in by the story as a good movie should. 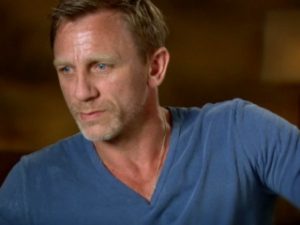