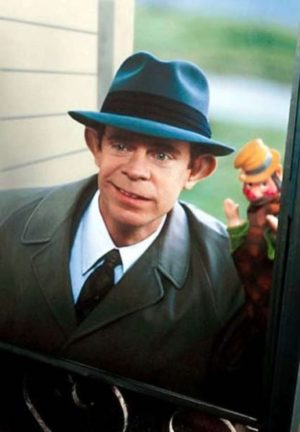 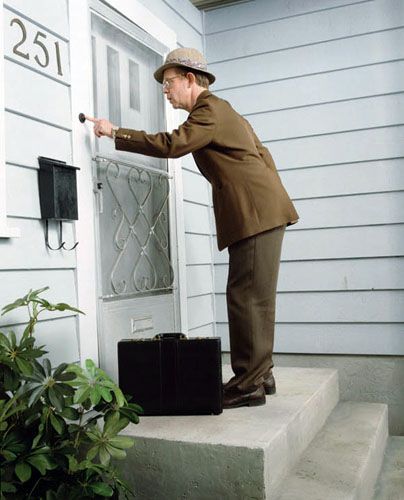 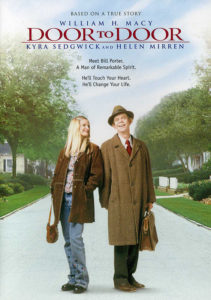 William H. Macy gives a flawless performance in this true story about a dedicated man Bill Porter, who overcame disabilities with the dreams of following in his fathers footsteps and becoming a door to door salesman.  Supporting actress Kyra Sedgwick is heart warming as Shelly Brady while they create a film that touches your heart and can only inspire you after watching it. This enchanting movie

co-written by William H. Macy took an interest in the great man after seeing a news interview on television and with Director

Steve Schachter who was also co-writer brings us this compelling story about strength, acceptance, friendship, self respect and respect for others .

Bill Porter was born with Cerebal Palsy at a time when such people may have been institutionalized.  Starting in 1955 Bill applied at the Watkins Company for a sales position.  The Manager did not wish to hire him as he was “crippled” and could not handle the physical

requirements of the job.  Determined, Bill asked for the worst route and was granted his wish.  With a loving Mother Kathy Baker teaching her son perseverance, patience and a strong will gave Bill the ability to over come his weakness and live a productive life.  He refused to ever acknowledge his obstacles and he succeeded because he accepted nothing less than success. As Bill established his daily route and slowly built a customer list he becomes a part of these peoples lives, and ultimately shows them more meaning to life itself just by acceptance.

Such a small lesson with a powerful outcome.

This films shows a history of a time when sales did not happen over the television, computer or phone. It also is used as a teaching tool and when Bill Porter finally got a home computer, he topped those sales too!! I was in retail sales for many years, but I had to only stand behind a counter and wait for the customers to come in or call in an order over the phone.  My father was a door to door salesman for a time, selling Fuller Brush products – Watkins competitor 🙂 – moving on to furniture and 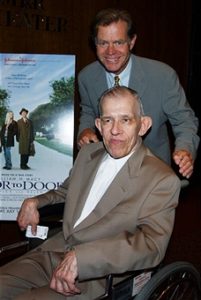 sales calling on people in the workplace and in time starting his own retail business. Sales is a tough industry and requires many personal skills to achieve a supporting lifestyle. Something today that is achieved by the click of a button.

Great Movie and well worth watching.  It was a television movie and may be found on YouTube, however the dvd is out there, I own one of coarse 🙂 I actually still use some Fuller Brush products today!!

The internet is full of articles both written and recorded when entering Bill Porter’s name.  He is no doubt a very special person with a soul that will live in many hearts to this day. William H. Macy’s interview on Archive of American Television tells how he was inspired to make the movie and shares a brief history of Bill Porter and turning his life into a film. 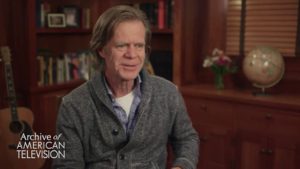 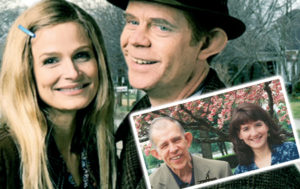