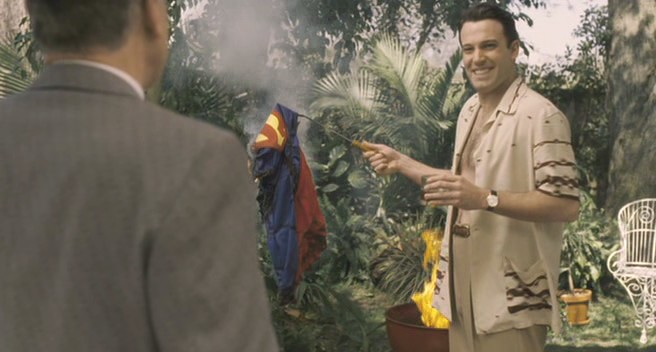 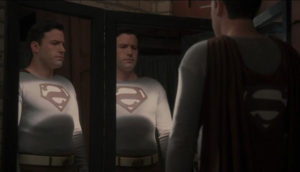 ck and Dianne Lane are truly incredible and believable as they portray the characters based on the true story of Hollywood’s most notorious unsolved mystery of George Reeves, the first and original Superman of television and film.  Ben Affleck is

surprising realistic in is transformation into George Reeves along with Dianne Lane fitting in perfectly to the character of Toni Mannix.  This film’s vision from director Allen Coulter

and he told the story very well while creating the historical sets of the 50’s so accurately. This icon for children of the 50’s was actually truly disappointed in this turn of events in his acting career and felt he was just flying around in a monkey suit.  However the case may be, the real George Reeves spent time with children whether it be autograph signings or hospital visits he continued to keep up his spirits and make kids h

Falling in love with a married woman, the wife of Eddie Mannix, portrayed by Bob Hoskins. president of a movie studio, and becoming a “kept” man was not his proudest moment at times either.  After a ten year romance and a trip to New York he returns with a younger woman, Leonore Lemmon who is protrayed by Robin Tunney, and thinks he is in love, she on the other hand has other motives for her love, and it becomes quite costly for George in more ways than one. Then there is Toni’s husband who will not let anyone make his wife cry.

The story is brought together by the investigation of Simo, portrayed by

Adrian Brody, who has been hired by Reeve’s mother to find out what actually happened as she does not believe her son w

ould kill his self.  The journey of facts are shown thru out the movie and the talents of the writer Paul Bernbaum, have truly woven interesting themes giving three different endings to the life of a genuinely nice man, smart, funny and quite handsome and talented!  It was a different time in the 1950’s for act

ors and their careers as television was seen to hurt the movie industry as people would not be spending money going to the show but instead staying home.  No one really figure

d that the tv series The Adventures of Superman would become so loved by kids and parents.  Even thou it was not George Reeves goal I do believe he was planning to make the best of it and steer his talents towards directing, which he did for many Superman shows and was planning to continue directing.

I grew up to this series, reruns ran for many years, it was my after school watch, and Batman 🙂  that too a show that type cast actors that really could not getting any other acting jobs because of their children shows.  Ben Affleck does wonders showing the pain that went along with smile in the telling of this mystery and my heart really went out the the perils of George Reeves. Ben Affleck

did extensive research and watched all of George’s work in recreating his persona. Ben won 3 awards and was nominated for 4 more for best actor for this film and so he should, because he did bring back some memories for me 🙂

Over the years there has been many mini documentaries about this famous case and I have found some from different generations posting them also as I thought they were very interesting.  Some of the facts differ in the years and there are fans who truly believe Superman was murdered. The movie lets you decide what happened, and I have 🙂

Mysteries & Scandals episode is an interesting watch having interviews with people who had worked with George Reeves prior to his death along with their options and Geraldo’s piece has a fan interviewed.  The Current Affair clip using a story for a story, but still, facts.  The clip with the real investigator was interesting, he confirmed points that were shared in the movie.  All of my findings are from YouTube (1991 News Piece) so if you click on one you will see all videos about George and you may choose from there. 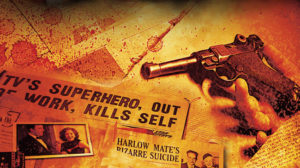