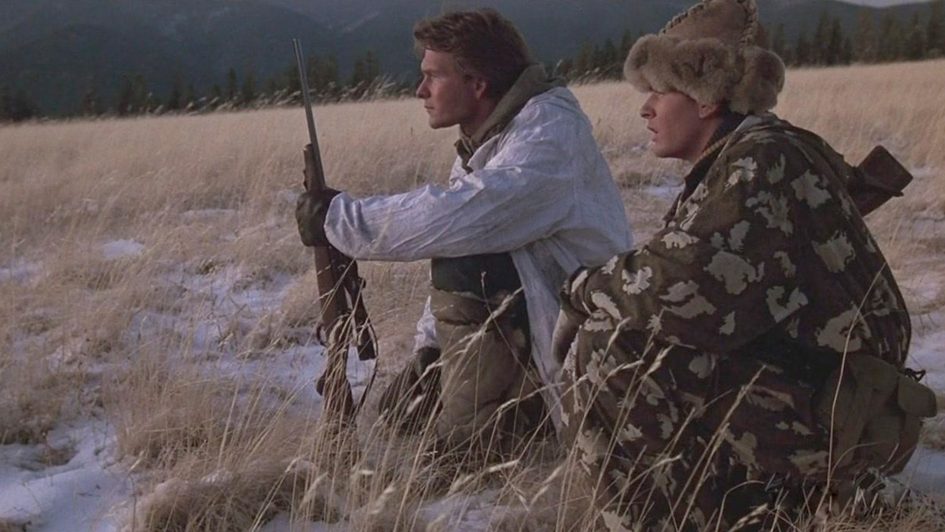 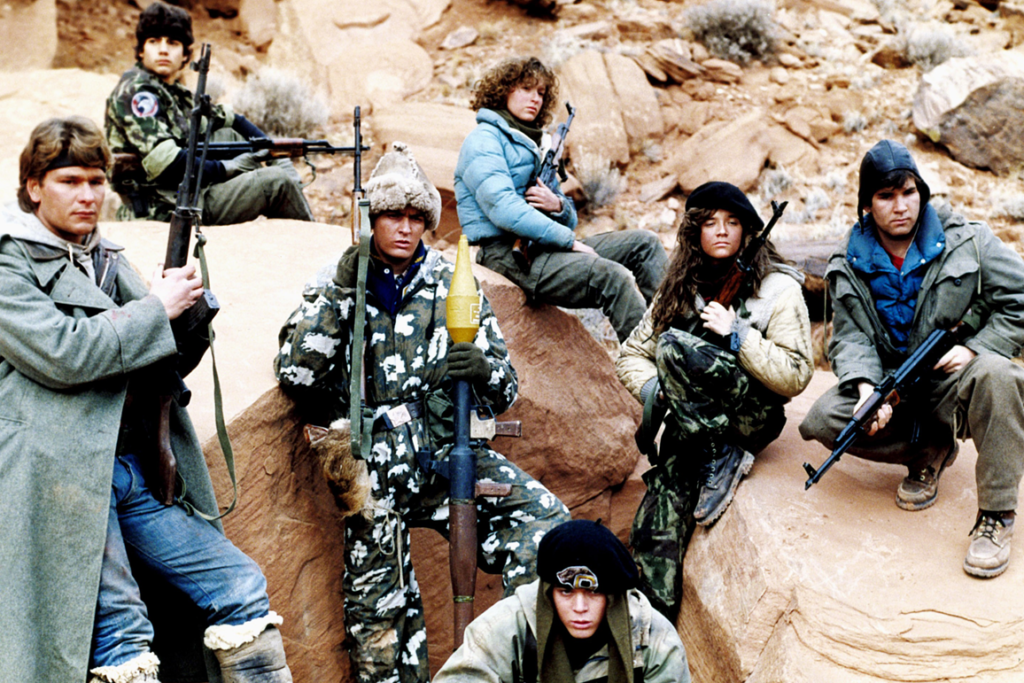 This older version is far more entertaining than today’s remake.  Talents like the late Great Patrick Swayze and Charlie Sheen lead this teenage group in their first time major movie roles into becoming gorilla fighters of World War III, taking on the name of their high school mascot the Wolverines and take down an intruding army in their hometown. After escaping to the mountains they survive by living off the land, stealing from the soldiers they kill and strengthening their position of a war that has be come very personal to them.

With Hollywood and it’s magic of film these teenagers rebel against intruders and begin a war of their own to avenge the death of their parents and again to survive.  They become a threat to the enemy, heroes of the town and learn the lesson of war, loss. We see this story with the dra

matics of a greatly written screenplay by John Milius an

d Kevin Reynolds, outstanding action scenes and some sarcasm for humor make this film a realistic version of a war happening in our own town from director John Milius.  They embarrass the enemy by defeating them with something they know nothing of and the scene is smirk worthy as soldiers plan their defense against small viscous animals they know only as children.

Teenagers that used to throw footballs are now carrying machine guns having no choice being smack dab in the middle of World War III. You ca

n see the changes of the new people they become as they grow into strong, independent, fearless and very intelligent adults who love their home enough to fight for it and it’

s people, rescuing them at times and giving them back some dignity, even if they have to die for it. Upon meeting an american pilot, Powers Booth, they continue their quest and learn what is actually going on out in the world they are trapped from.

Wonderful young talents of a cast that has entertained us many times over the years, include C.Thomas Howell, Lea Thompson and Jennifer Grey, Darren Dalton and Brad Savage take you on the journey of how people change with the threat of survival.  Due to the great acting and story line this movie was very realistic for me, gave me nightmares 🙂 for years when I first watched this film.  Now I love a go

od horror, ghost story and action, however, anything that has been portrayed so realistically with the power of “could happen” takes over my dreams lol.  We grow up with the knowledge of wars on the other side of the world for decades, but, what if it was in your own back yard???  Patrick Swayze comments in the interview below that this movie scared a lot of people, well, it sent shivers down my spine I tell ya 🙂

We have seen so much violence over the years in film, television and real life news that we have become numb to it.  We are memorized by the special effects, soundtracks and only the films that stay worthy are those that have a sense of reality to them.  Some may be bored with the dramatics of this film but it tells the stories of each character, lets you see their transformation from child to soldier which lets you get attached and have empathy for them.  Remember

: the early years of the 60’s to 80’s were a quiet, slower time and censorship laws prevented much of what we see today.  They broke the pathway for the paved thru way of today’s definition of action, drama and horror and I find it interesting to see how the world of entertainment has evolved and how far we have come. 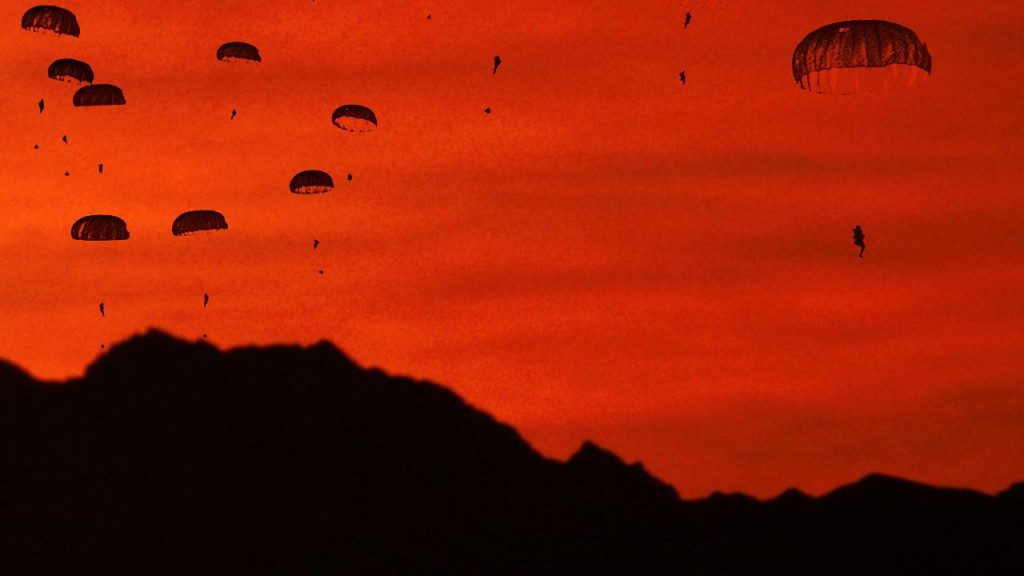