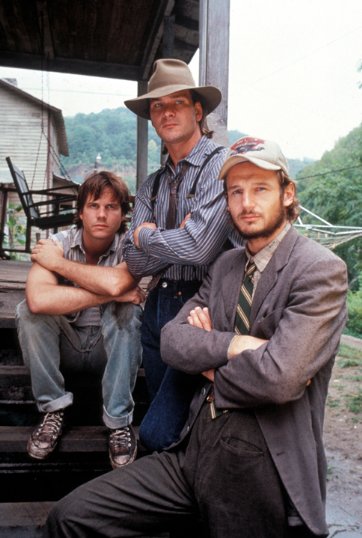 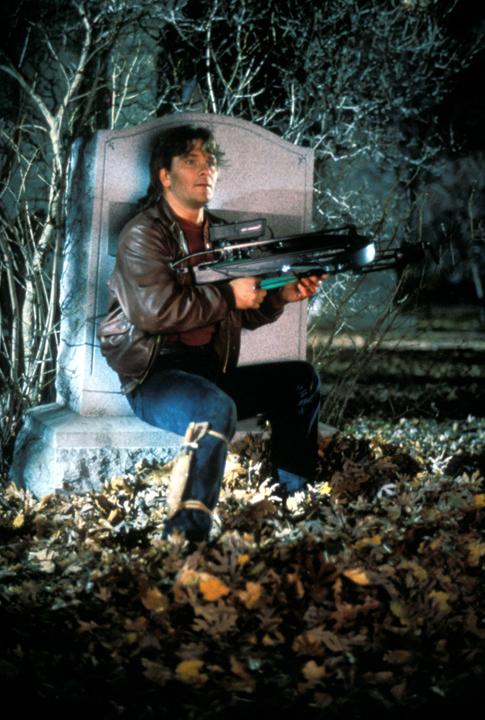 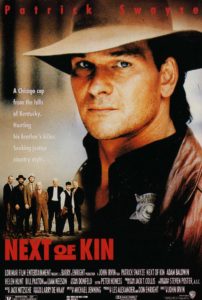 s Patrick Swayze and Bill Paxton are the two of the three main characters of this mountain man turned City Cop Patrick Swayze  and his brother Bill Paxton that has been working in town but plans to go back home as he does not like living in the city. The third brother that comes to the city also is Liam Neeson.  They have their reasons for staying and for leaving the city returning to the hills where life is different but better than a cruel city and returning not by choice.

Were you survive with nature, not against it and the laws of eye for an eye reside as a life style.

Patrick Swayze must solve the case of his brother’s killer and being a city cop he stands behind the justice he believes in while his family feels he has abandon his duty as a son and brother.  Liam Neeson comes to the city to avenge his younger brother’s death by going after The Mafia family responsible which is lead by the personal vendetta of Adam Baldwin. This becomes the next family feud as Swayze takes his stand with the skills of the hills and

challenges his enemies on his terms, on his ground.  The laws of Family are always stronger than the laws of society, as they are bound by blood, honor and integrity.

You will see also early film roles for Ben Stiller, Helen Hunt and this movie being a beginning for Bill Paxton.  Shortly after Dirty Dancing

Patrick Swayze did this movie stepping up his ladder of fame leading to his more famous films like Roadhouse and Point Break. Next of Kin is a rainy day movie, wrapped in the couch blanket with a cup of hot coco 😉

This is an entertaining drama with a story line that comes full circle with putting your priorities in the proper place, with your family and defending that bond. It is always enjoyable seeing the younger days of some of the great talents we follow today and this movie was a stepping stone for many. 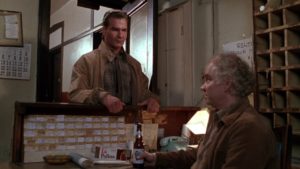