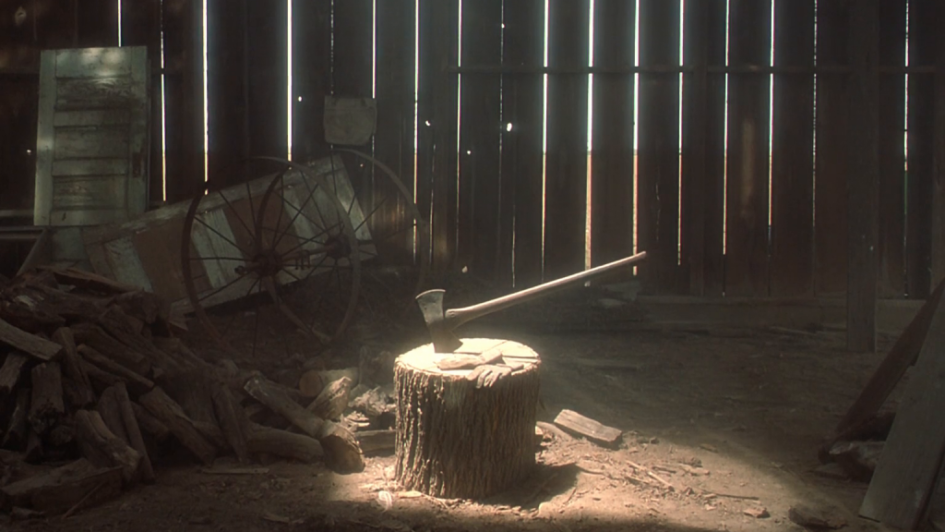 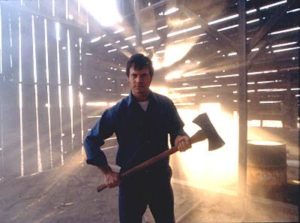 ton, suddenly leaving us this year 🙁 is the main character and director of this truly dark mystery film of a serial killer, yet you do not see any gore in this film, the narrated story and Paxton’s ultimate vision is all you need to send a little tingle down the b

ack of your neck. Paxton is sanely creepy as he ascends on his righteous quest as a demon slayer assigned by God.

The writer Brent Hanley has created something that is enthralling, leaving you to soak up the whole story, letting you think you are following it, then he twists the

ending which is so sweet to a mystery! First time director and a project of love for Paxton, he liked the darkness, how it had a gothic edge and that is all seen in Bill’s projection of the film. Fantastic movie winning Awards for the Screenplay and best movie. The film over all has a haunting feeling. One of my Favorite flics 🙂 and something Bill Paxton was very proud of making. The Special Features of the Making Of Frailty was fascinating on how all the artists created this work of a masterpiece of a film. Director of Photography Bill Bulter did wonders with the camera and truly sets the mood for this story.

They must destroy demons and follow only God’s list of those chosen.  His two sons, Matt O’Leary and Jeremy Sumpter, are also commanded to assist Paxton.  O’Leary’s character shows a boy’s struggle with hating his father that seems to be crazy and a younger brother, Sumpter, who believes his father that he must keep from harm.

You are introduced to the story line by a second main character, Mathew McConaughey, which confesses to an FBI agent, Powers Booth, on a serial killer case Booth is working. With the narration of Mathew the story comes full circle and the personal

struggle of all involved comes to  light. A Biblical story in today’s time, with punishments and themes of the Bible, challenges of love and crosses to carry. It really is kinda trippy 😉 and gives the sensation of “almost” possible.

Bill Paxton began his career in Hollywood in the film art’s department and established a illustrious career for ten decades, prolific actor, film maker and director and I will miss him dearly. I just love this film, it is truly a creation of a story that has it’s own identity, it’s own feeling and is one of a kind, an original film of art.  Those do not come along too much any more, and better yet, it will stay around for years to be enjoyed many times. Yes 🙂 it has made the collection and is a definite marathon candidate, especially in October 🙂 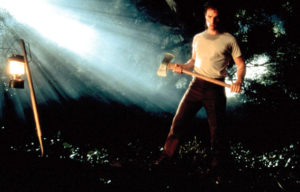