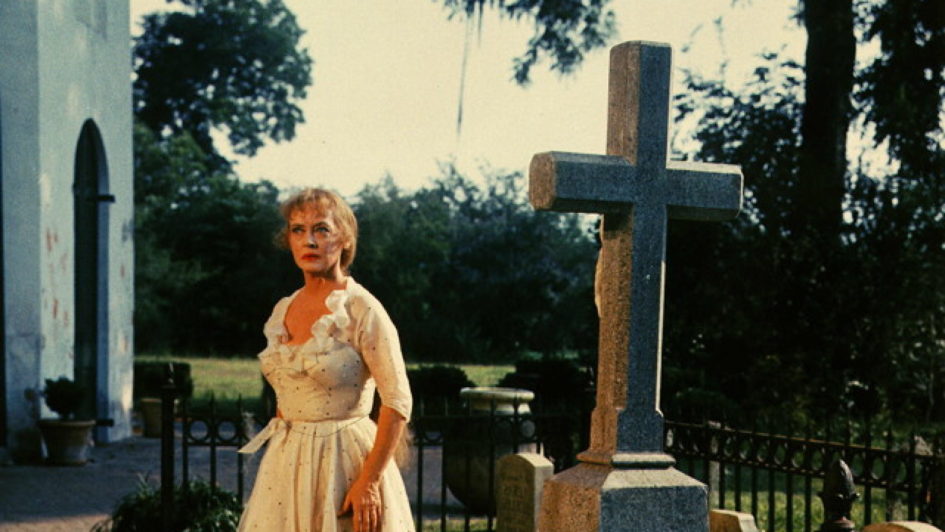 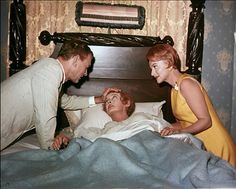 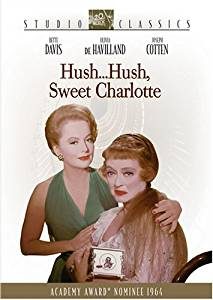 Bette Davis is the original scream queen in this film of mystery, scandal and ghostly haunts.  From past tragic events Bette Davis was accused of committing murder as a young adult and the mental anguish of continued living in the past brings you into the present of Bette Davis being rumored as the town crazy lady as she protects her home from city developers.  The visions of a past lover and tauntings of her cousin Olivia de Havilland leads Davis to believe she really is crazy as she accidentally commits murder. 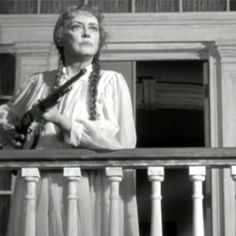 are memorizing in this era and showing a great deal of passion for the art which sets it apart from other sixties horrors. A very busy movie, active story line and a tremendous amount of dialogue that creates a story for each character.  Memories of the past aid this film with this story of ghostly measures and let you know it all began.

A Classic movie in many ways from the haunting, mystery, scandal and theme song.  The amazing camera work of using the shadows as a prop for the terror as it was filmed in black and white.  Mixed with the soundtrack, windy nights, echoes in the 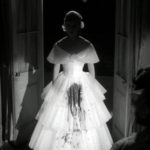 night and characters full of life took this film to the historic ratings it has.  This is the first horror movie I watched as a child of ten, scared the shit out of me 🙂 and I fell in love with the tingle of entertainment it gave me.  To this day I think I judge all ghost stories by this movie and they need to have some of these great elements to have an interesting theme for me. 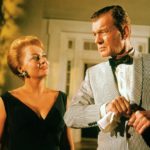 Being made in 1964 this is a cult classic and the beginning of horror films it set the standards for the evolution of ghost films today. However there was some real scandal behind the scenes and with some youtube searching I found interviews about the making of this film.

I learned Joan Crawford was to play the cousin originally but was replaced due controversy with Bette Davis.  History has it they were two Divas of the 1960’s the battled for queen bee of Hollywood.  Now this film is in black and white, I am sure there are colorized versions out there but it would not be the same for me 🙂  This film was nominated for 7 Oscars, see Awards List. 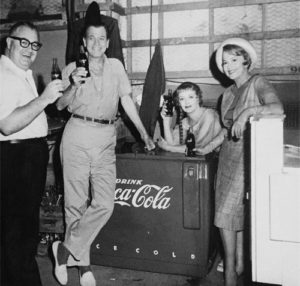 You can keep a piece of history if so desired with the website I found for dolls of this era and others. For those of you who are collectors buffs this is Bette Davis’s dress from the movie. 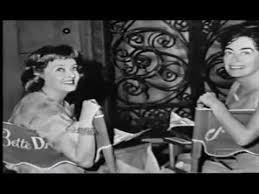 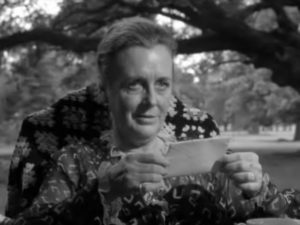 Let the Truth Be Told 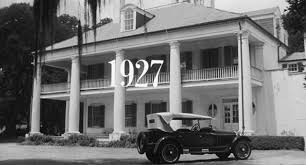