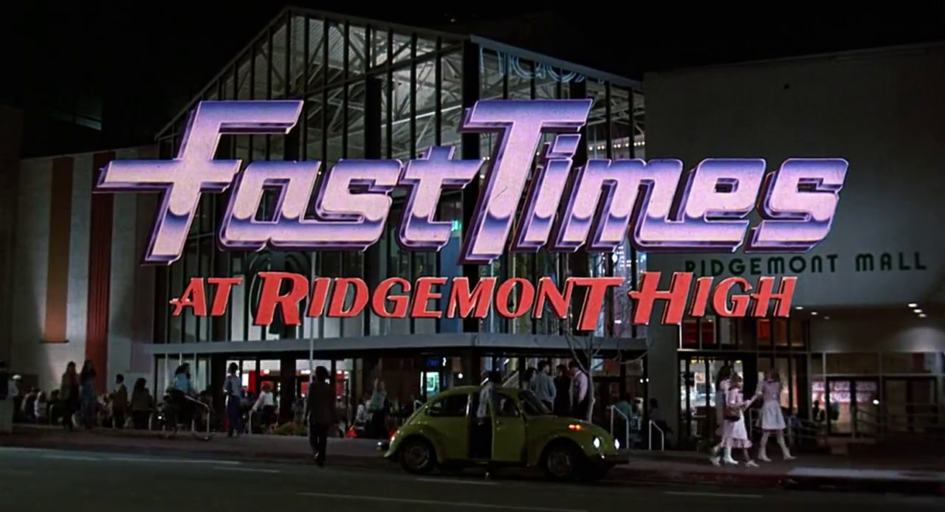 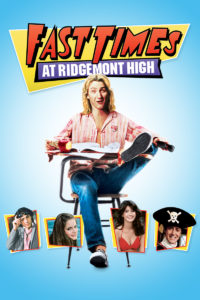 Very Cool comedy about high school in the 80’s…Malls, Food Courts, Pinball Arcades, Stores, Movie Theaters.  Everyone who was a teenage in hung out at the mall!  This movie is full of of first time roles for young actors that went on to act in more famous films that  you may know today.  Sean Pe

nn,  Eric Stoltz, Anthony Edwards,  Judge Reinhold, Forest Whitaker, Jennifer Jason Leigh.  Look for a young Nicolas Cage (known as Coppola).  Sean Penn as Spicoli (with buddies Eric and Anthony) is an icon to this movie.  He and Mr. Hand’s bantering in the movie are some of my favorite scenes.  The dance at the end of the film with Penn putting the dance moves to Wooly Bully is priceless….it makes me smile whenever I hear that song played and I see Spicoli lol 🙂

This film came from at book..named Fast Times at Ridgemont High: A True Story by Cameron Crowe.  He also did the screenplay for the movie.  The stories came from Cameron actually going to high school and wrote about the lives of 80’s students.  Everyone from ages 13-25 were talking about this film and began hanging out 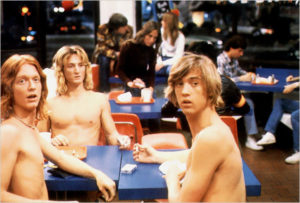 ck with the movie.  Yes!! the book is worth that much.

Look for this movie on IMDB 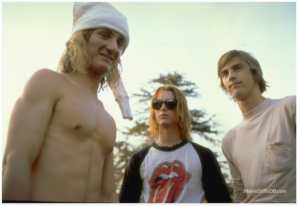